What Does the FAA Consider as Commercial Drone Use?
admin
July 27, 2022
4:32 pm
Since 2016, the FAA has established and implemented laws regulating the use of drones for commercial purposes. The primary driving force for such a move was safety. With the increasing number of drones flying around in national airspace, the FAA deemed this necessary to impose certain flight restrictions and to document drone pilots for accountability. […] 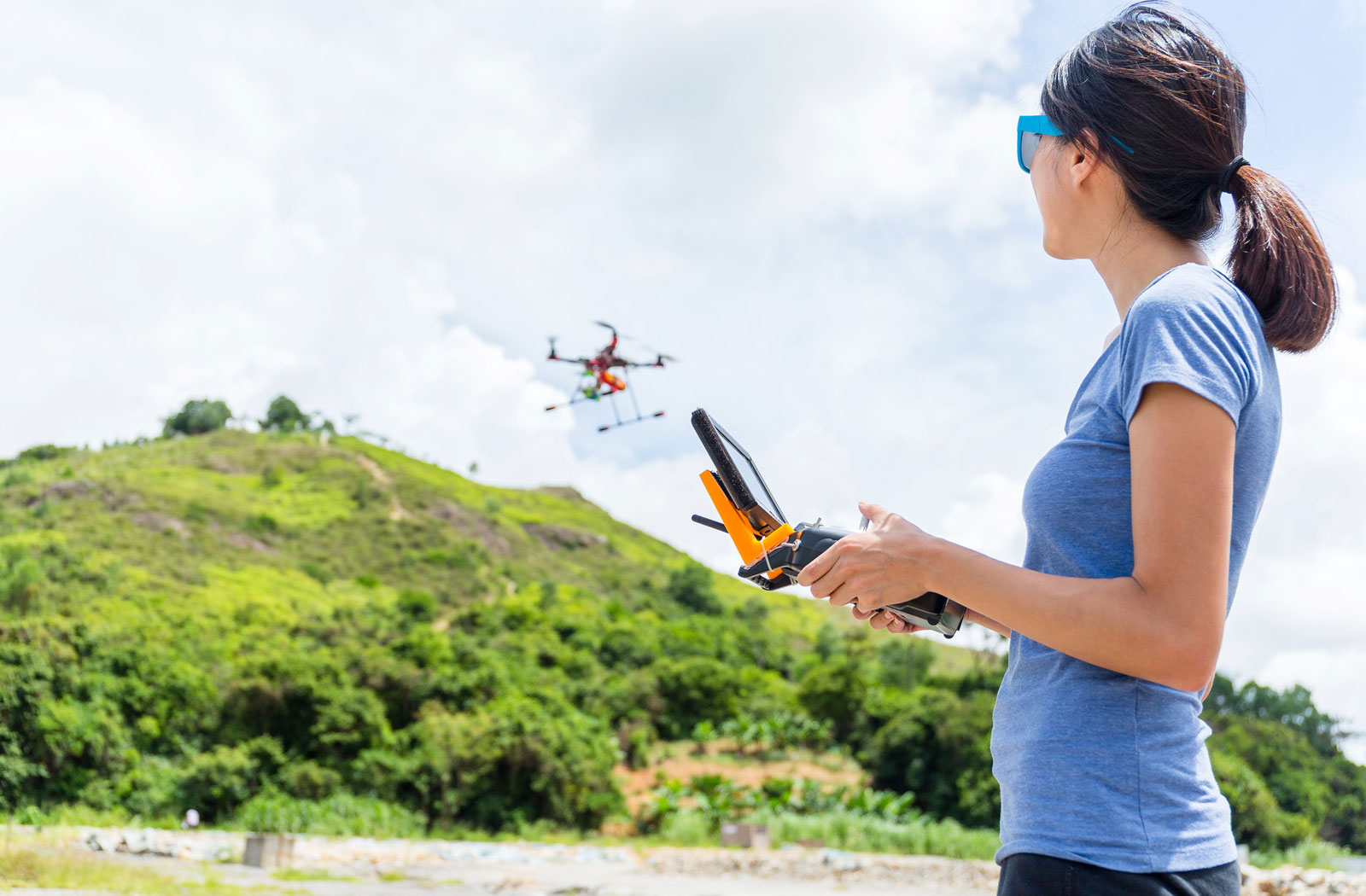 Since 2016, the FAA has established and implemented laws regulating the use of drones for commercial purposes. The primary driving force for such a move was safety. With the increasing number of drones flying around in national airspace, the FAA deemed this necessary to impose certain flight restrictions and to document drone pilots for accountability.

Right now, the FAA’s certification requirements apply only to drone pilots who wish to fly their drones commercially. However, how does one determine what is or is not considered commercial drone use? The answer to this question doesn’t seem clear cut, so let’s do a deep dive into the various uses of drones that the FAA considers as commercial.

What are the requirements for commercial drone operations?

Before we get into what constitutes commercial drone use, let’s take a look at why making such a distinction is important. The rules for recreational and commercial are actually very similar to each other but being able to practice commercial drone operations legally requires a very important piece of paper.

The Part 107 remote pilot certificate is only granted to drone pilots who have passed a knowledge test that touches on various topics related to aviation. This is the FAA’s way to ensure that all commercial drone pilots are aware of safety-related restrictions on drone flight.

In addition to having to earn a “drone license,” commercial drone pilots are also required to a few other rules that don’t apply to those who only wish to fly for fun. These include reporting any drone-related accidents to the FAA, doing a pre-flight inspection, and maintaining a drone flight logbook. This is quite a bit of work that you will ideally only undertake if absolutely unnecessary.

What activities are considered commercial drone use?

Activities for which you receive direct financial compensation

This is the category of commercial drone use that’s easiest to identify: drone-based services or products derived from drone operations from which you are directly compensated with cash. A basic example of this is the use of drones to shoot photos and videos for events such as weddings. Filmmakers may also hire drone pilots to capture a few minutes of aerial videos which they can edit into their films.

More technical uses of drones also fall under this category. You may be hired by a construction firm to fly over a future project site to capture images that will be used to generate a topography model of the area. A manufacturing facility may hire your services to conduct a drone inspection of their equipment as part of their regular maintenance plan. For both examples, the respective companies that hire you will likely grant financial remuneration.

Earning money from any products derived from your drone operations also constitutes it as commercial drone use. For instance, some drone photographers shoot aerial photos in famous tourist spots and sell them online as stock photos. Uploading aerial videos on your YouTube channel and having them monetized according to views will also be considered commercial use. Aside from photos and videos, this also includes any data collected via drones such as point data gathered via an aerial photogrammetry or LiDAR survey.

The use of drones for these activities may not result in direct financial compensation. Instead, this category includes the use of drones to aid or enhance the day-to-day operations of a business.

Due to the speed at which drones can reach seemingly inaccessible areas, they are often used as surveillance tools for large tracts of land. This can be done in farms, manufacturing facilities, or construction sites. Law enforcement agencies have even taken to using drones equipped with a thermal scanner to survey potential crime scenes before officers are allowed to enter.

One of the more noble applications of drones is in the field of search and rescue. There have already been a lot of success stories of search and rescue operations greatly facilitated by drones, mostly through the use of thermal cameras. Since drones in these circumstances are used to aid rescue teams, it also falls under the category of commercial use.

In-person drone schools often have several modules involving hands-on drone flight training. Drones used for this purpose advance the drone training business in question, allowing them to enhance their curriculum and attract more students. The potential additional business generated by the use of the drones undoubtedly casts it as an example of commercial use.

Crop management is a relatively uncommon field of drone applications. Using a multispectral sensor, a drone can do quick surveys of farmlands while capturing near-infrared energy data. This data is then analyzed to infer critical indicators of crop health. This helps farmers identify problem areas, as well as allocate their resources optimally. This falls under commercial use as the data collected by the drone directly aids the management of crops, thus influencing the quality of the harvest.

Drone delivery is a concept that remains in the conceptual phase, but it will certainly be considered an instance of commercial use should it become standard practice. Drones are expected to take the place of delivery personnel and vans and will greatly enhance the delivery capacity and speed of retailers like Amazon.

Among other ideas for the future applications of drone technology is the use of drones to do actual construction work. A proof of concept of this idea was done by a group of researchers who used a drone to construct a hanging bridge. By flying back and forth between two pre-constructed support structures, the drone was able to create a rudimentary hanging bridge using a piece of rope.  This was only done on a room-scale structure, but the potential is being explored. It will be another notch in the list of commercial applications of drones if it proves successful.

Drone use for advertisement

Aerial photos and videos have become more common in the last couple of years but still, they haven’t lost their ‘wow’ factor. This has made them very attractive for print publishers, website designers, tourism hubs, or real estate agents.  Although not part of their day-to-day operations, the use of drone-shot images and videos to advance these businesses through advertisement is still considered commercial use.

In some cases, the use of aerial images and videos to advance a business may not result in any compensation at all. This could certainly be the case if you own the business in question. However, the assumption is that you are attracting more customers to your business by virtue of displaying images and videos that you shot using a drone.

An aerial image used in a publication can be considered proof of commercial operations, even if no payment for the image was given. This is something that drone pilots need to be very careful with, especially if they are offering drone services as a favor. The justification is that there’s still some business to be made from any publication, one way or another, which has been aided by the use of an aerial image shot using a drone.

A word on intent

There have already been a lot of stories of drone pilots who uploaded aerial videos or maintained an online portfolio of their aerial shots who have been asked to take them down by the FAA. No matter the circumstance, this will always be a disturbing and stressful experience. How can you avoid getting into such a scenario?

One thing to keep in mind is the concept of intent. According to the FAA, the intent of the drone operations must be established at the time of the flight. This means that you need to decide whether you are going to fly under recreational or commercial rules even before your drone takes off. This goes doubly important for Part 107-licensed drone pilots, as they are free to switch between recreational and commercial drone rules as necessary.

With this definition of intent in mind, you should not find yourself in a situation where you are compelled to sell aerial photos that you took under recreational rules. For instance, aerial shots taken at night are particularly problematic because commercial drone flight is normally only allowed in daylight or twilight. This means that you can only sell an aerial photo or video if you have secured the requisite waiver. In this case, the mere presence of the waiver already established intent.

Commercial drone use is a relatively new frontier in how many long-established businesses work. Through the use of drones, processes are optimized, data is collected faster, and people are not exposed to unnecessary hazards. In the coming years, we can fully expect to see more and more applications of drone technology in several commercial and industrial settings.

Along with the benefits of commercial use are a few responsibilities. The FAA has outlined these responsibilities in the form of the Part 107 rules. There are a lot of these rules to follow, including the requirement to get a remote pilot certificate, but these have been established to maintain the safety of national airspace.