The Tesla-powered flying car doesn’t require a license
admin
August 9, 2022
2:21 pm
The Jetson One is a flying vehicle designed for a single passenger.It has a maximum speed of 63 mph, and its Tesla battery cells give it a flight time of 20 minutes.However, it requires no license to operate because it's classified as an ultralight aircraft. Narrator: This flying vehicle could be the future of air […] 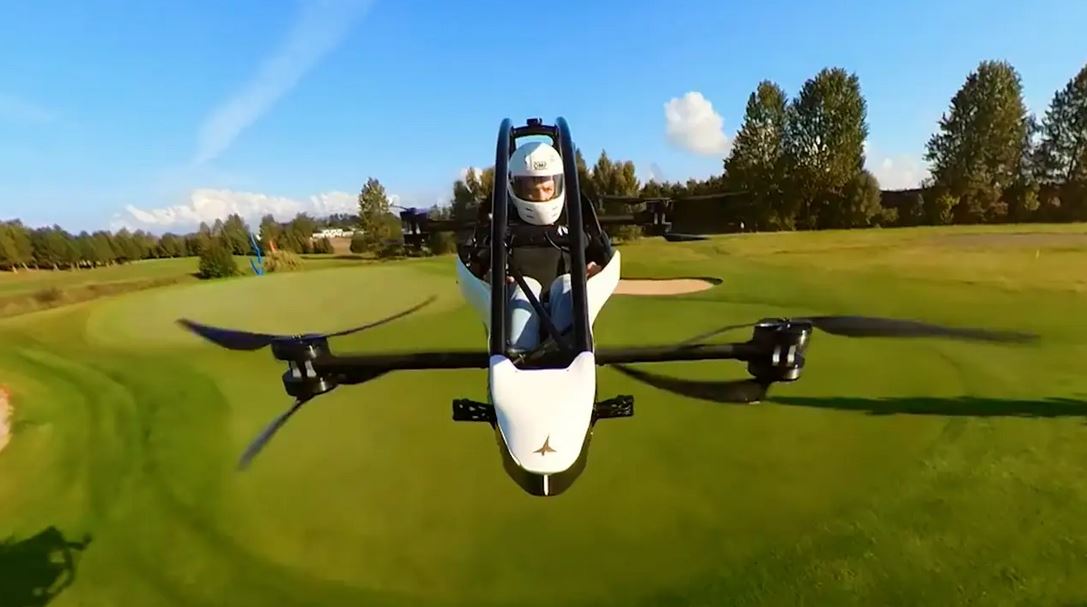 Narrator: This flying vehicle could be the future of air travel. Known as the Jetson One, the vehicle's eight electric motors give it a top speed of 63 miles per hour, and its Tesla battery cells allow for a flight time of up to 20 minutes. The vehicle can reach an altitude of 1,500 feet above ground level and support a pilot weighing up to 210 pounds.

It's known as an eVTOL, or electric vertical take-off and landing aircraft, the same design already used for many flying-car concepts. But with a weight of only 190 pounds, it's been categorized as ultralight, meaning you don't need a driver's or pilot's license to operate it. Swedish company Jetson designed the vehicle.

Tomasz Patan: The Jetson One is actually based on US regulations. It's FAA Part 103. I mean, there are some countries that maybe flying the Jetson One is still not regulated. 85% of our clients are based in the US.

It took us a few prototypes. The first proof of concept we finished back in 2018. There was a very successful flight just after one month. Surprisingly, it took us only a few weeks to finish the first prototype.

Narrator: The official Jetson One was revealed in 2021.

Tomasz: It's extremely easy to operate because we have a flight computer onboard and all steering is a fly-by-wire system. That means you have just two joysticks. You can learn how to fly it in literally five minutes.

Narrator: Its flight-stabilization system includes lidar sensors that help it steer clear of power lines, trees, and buildings. And, if you cut the throttle to zero, the vehicle can land itself.

In June, company cofounder Tomasz Patan released a video of himself using the aircraft for a quick three-minute commute from his home to his office. According to Patan, the flight decreased his commute time, normally by car and on public roads, by 88%.

Still, current laws don't allow people to use it for inner-city commutes. Under US rules, this type of aircraft is not permitted to fly near airports or densely populated areas.

Narrator: However, none of this has slowed buyers from getting in line for the aircraft. Jetson's entire production of the One for 2022 is already sold out. The company is now only accepting orders for production in 2023.

Tomasz: We were amazed by the amount of interest. We hoped we were going to sell maybe 25 units during the year after the release of the first movie. But it turned out we sold those 25 within a week. So far, we've sold over 400 units. Eventually, we do plan to manufacture a few thousand that will be delivered within three years' time. We will also, with time, increase the battery capacity to allow for a longer flight time.

Right now we have started working on the next generation of the Jetson flying vehicle. In general, the mission of the company, and our vision, we would like to solve the transportation problem and move ground-based transportation up to the air, making cities a better place to live.