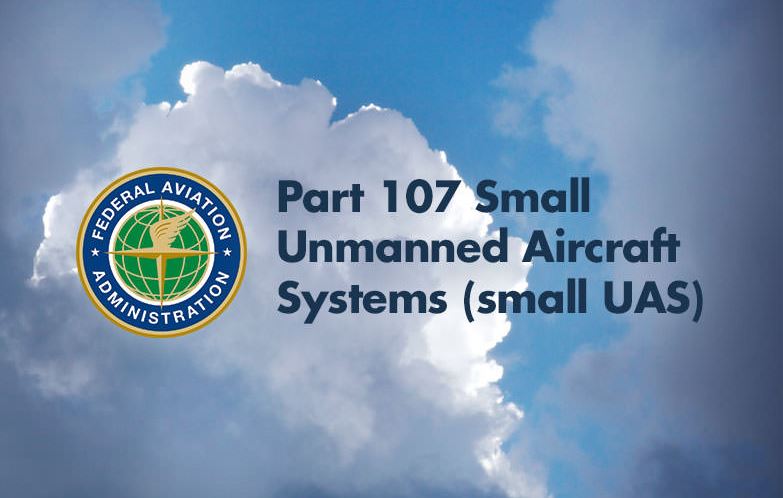 Who Needs a License to Fly a Drone?

You may have heard of this little requirement called a drone license. Designed for improved airspace safety, the drone license is part of the FAA’s newly established rules on drone flight. If you’re thinking of buying a drone or just purchased one, this might come as a shock to you. After all, who wants to bother with the paperwork for a license when they could be outdoors flying a drone?

What is the drone license and why is it necessary?

Short Answer: At this time only people flying drones commercially need a drone license. This is called the Part 107 certificate.

The drone license, more formally known as the remote pilot certificate, was one of the new requirements that came about from the 14 CFR Part 107 rules which were implemented by the FAA back in 2016. The Part 107 rules were created as the legal framework for commercial drone flight in the US.

Aside from imposing that commercial drone pilots get drone licenses, Part 107 also enforces several restrictions on drone flight. These restrictions include not flying drones over crowds or moving vehicles, flying only within visual line-of-sight, and always yielding the right of way to manned aircraft, among others. The Part 107 rules continue to evolve and have been the subject of several rounds of review and revision in the last couple of years.

The drone license is one of the most important components of Part 107. To earn a drone license, a drone pilot must satisfy a few qualifications, be vetted by the TSA, and pass a 60-item Part 107 knowledge test. This imposes a minimum level of proficiency for all commercial drone pilots and ensures that all of them know the restrictions and procedures required by Part 107. This also allows the FAA to document these commercial drone pilots and helps them gather data to make informed decisions.

How to get a drone license?

For those who are interesting in getting the drone license, you’ll have to go through a few steps, spend a few hundred dollars, and wait about two months. Here’s a rough guide for the certification process to get you started, but we have more detailed articles on the same topic on our website.

The FAA requires these basic qualifications before you can apply for the drone license:

Before you can sign up for the knowledge test, you need to secure an FAA Tracking Number (FTN), which is a unique code assigned to all airmen. This will remain associated with you throughout your whole career in aviation.

You can sign up for the knowledge test in any of the more than 700 FAA-certified testing centers in the US. The test is administered by Computer Assisted Testing Service (CATS). You will need to pay a $160 non-refundable testing fee.

We won’t go over the specifics of how to prepare for the knowledge test. All you need to know is that there are a ton of study materials online, both paid and free. GDPA offers the Part 107 Made Easy online course which provides more than 13 hours of instructional videos, more than 250 practice questions, an 11-page illustrated cheat sheet, and a flashcard app.

To pass the knowledge test, you will need to get at least 70% of the items correct. All items are automatically selected from a much larger pool of questions, ensuring that all sets are unique. You will be given 120 minutes to complete the test.

If you’ve passed the test, you will need to go through a TSA background check before your application for the drone pilot can be completed. This could be done in a week, but also take as long as two months – it probably depends on how much backlog they have. In any case, you don’t have to do anything else but wait for the results.

You’ll know that you passed the background check when you receive the e-mail containing your temporary certificate. Print this out, carry it with you, and you can start flying your drone commercially. While the temporary certificate remains valid, your permanent certificate should be making its way to you via regular mail.

Can I fly my drone without a drone license?

When it comes to the drone license, the keyword to remember is “commercial.” The FAA only requires a drone license for those who want to fly their drones for profit or to advance any type of business. Thus, drone pilots who only wish to fly recreationally or for fun are exempt from this requirement.

Drone pilots who intend to fly without a license must be very careful to not cross this line. Even if the drone pilot does not receive any direct compensation for their operations, any output of the operations must not be used to advance any sort of business. This includes the use of a drone to capture photos for advertisement, the use of drone-based monitoring for a business, or to use data collected by a drone to manage the health of crops on a farm.

Although recreational drone pilots don’t need to get any sort of license, they must still follow a few rules as set by the FAA Reauthorization Act of 2018. A lot of these rules overlap with the same restrictions found in the Part 107 rules, including the restriction against flying over people, in controlled airspace, and beyond visual line-of-sight.

You will also need to follow other rules and guidelines depending on your location. Some states and cities have created their own set of rules on drone flight, mostly as a response to concerns on privacy, safety, and security. Places where people congregate, such as parks, may also have their own drone flight restrictions. The important thing is to simply do your homework and ask the relevant authorities before you go off and fly that drone.

What qualifies as commercial drone use?

Any drone flight operations, that result in direct compensation or used to advance any business can be considered commercial use and will require a drone license. These types of activities are usually pretty easy to identify – getting paid to take photos at a wedding or to survey a construction site are unquestionably examples of commercial drone use.

However, there may also be a few circumstances when making such a distinction isn’t as easy. If you’re trying to sell your house, you can’t take aerial photos of your own house to try and market it online without a drone license. The same can be said if you own a construction firm and use a drone to monitor your activities on the ground. Even law enforcement isn’t exempted from this requirement, as they also need a licensed drone pilot to use drones for search and rescue or surveillance operations.

One more thing to remember is that the FAA requires that the intent of the drone operations be defined before the drone takes off. This means that you cannot take aerial photos during a recreational flight and end up selling them later on when an interested buyer pops up. You also cannot post them in your social media profiles if you earn any sort of monetization from such posts.

Even those who already have the drone license and are flying under Part 107 rules still need to keep themselves informed about local drone laws. Although some of these state or city laws contradict with the FAA’s regulations, it would still be a bad idea to get caught in this kind of conflict.

For all drone pilots: register your drone

You will then need to mark your drone with their respective registration numbers in a manner that is easily visible upon visual inspection. This allows for the traceability of the drones to their owners should they get into an accident or be used in any kind of unlawful activity. You can simply do this using a permanent marker or some stickers.

Will recreational drone pilots eventually be required to take a knowledge test?

Funny you should ask because one of the provisions included in the FAA Reauthorization Act of 2018 mentioned the need for recreational drone pilots to pass an aeronautical and safety knowledge test before they can be allowed to operate drones. Although the law was passed in late 2018, this provision is yet to be implemented, although there have been a few updates on the matter.

In September 2019, the FAA issued a Request for Information (RFI) for stakeholders who wanted to work with them to develop the test. Several organizations answered the call, including drone flight schools, drone manufacturers, hobby flight communities, and the Drone Racing League. Each one of the organizations submitted recommendations to the FAA with the objective of coming up with an outcome that is favorable to both the regulatory environment and the recreational drone flight communities.

The FAA has reassured the public that this new knowledge test should be practical and easy, and accessible in a user-friendly format. Based on the text of Section 44809 of the FAA Reauthorization Act of 2018, the knowledge test must be administered online. Documentation will also be provided to those who pass the test so that they can present it to FAA representatives or local law enforcement.

Beyond the September 2019 update, there has been no word yet on the progress of this initiative or when we can expect it to be implemented. Rest assured that we will be providing updates to you as soon as they become available.

The implementation of the Part 107 remote pilot certificate, or drone license, is one of the most significant changes that the drone community has experienced in the last couple of years. It was, mostly, a change for the good.

The enhancement of knowledge and skills of commercial drone pilots because of the knowledge test requirement proved to be very beneficial, especially in the context of airspace safety. Based on the fact that there are now hundreds of thousands of licensed drone pilots, it’s safe to say that this change has been a welcome one.

Although the regulation recreational drone flight remains very limited, this may not be the case for long. With the FAA heading initiatives on coming up with a knowledge test for recreational drone pilots, it may be impossible to simply open up a new drone and fly it in just a few minutes. The idea has already been met with resistance, but perhaps the changing times simply demand such an overhaul.