Drone industry welcomes world’s first-ever drone Standards
admin
March 11, 2021
10:03 am
.. Today, the first-ever worldwide Standards for the drone industry are being released by the International Standards Organization (ISO)* The new, long-awaited Standards have been developed after several years of global collaboration between standards institutions from across the world and are expected to trigger rapid acceleration of growth within the drone industry as organizations throughout […] 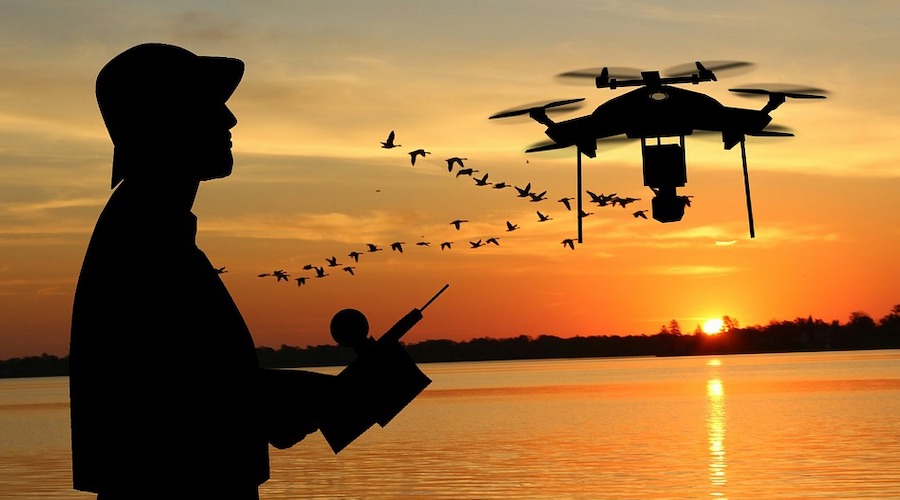 Today, the first-ever worldwide Standards for the drone industry are being released by the International Standards Organization (ISO)*

The new, long-awaited Standards have been developed after several years of global collaboration between standards institutions from across the world and are expected to trigger rapid acceleration of growth within the drone industry as organizations throughout the world are galvanized to adopt drone technology against a new background of reassurance on safety and security. The new Standards will play an essential role in guiding how drones are used safely and effectively in a framework of regulatory compliance.

The ISO Draft International Standards for Drone Operations are formally released today for public consultation, with drone professionals, academics, businesses, and the general public is invited to submit comments by 21 Jan 2019 with the final adoption of these Standards expected in the US, UK, and worldwide in 2019.

Today’s announcement by ISO is the first important step in the standardization of the global drone industry, encompassing applications for all environments – Surface, Underwater, Air, and Space. The first drone Standards, announced today, are particularly significant for the general public and Government, in that they address Operational Requirements of the more recognized and prevalent aerial drones, including protocols on Safety, Security, and overall ‘Etiquette’ for the use of drones, which will shape regulation and legislation going forward. They are the first in a four-part series for aerial drones, with the next three addressing General Specifications, Manufacturing Quality, and Unmanned Traffic Management (UTM).

A prime characteristic of the ISO Standards announced today, is their focus on air safety, which is at the forefront of public attention in connection with airports and other sensitive locations. The new Standards act as a new ‘etiquette’ for drones which promotes and reinforce compliance regarding no-fly zones, local regulation, flight log protocols, maintenance, training, and flight planning documentation. Social responsibility is also at the heart of the Standards, strengthening the responsible use of a technology that aims to improve and not obstruct everyday life. The effectiveness of the Standards in improving air safety will be further strengthened by the rapid development of geo-fencing* and of counter-drone technology*, providing frontline protection against ‘rogue’ drone use.

The Standards are also set to address public concerns surrounding privacy and data protection, demanding that operators must have appropriate systems to handle data alongside communications and control planning when flying. The hardware and software of all related operating equipment must also be kept up to date.  Significantly, the fail-safe of human intervention is required for all drone flights, including autonomous operations, ensuring that drone operators are accountable.

The exciting future for drones

Empowered by Standards, drones are set to provide the key to some of the most pressing economic, transport, security, environmental and productivity challenges faced by governments and industry throughout the world, reducing road traffic, easing congestion, saving lives through a reduction in accidents and reducing pollution in our cities.  As well as speeding up the delivery of large-scale infrastructure projects, drones are expected to reduce the need for some major transport projects altogether.

New exciting applications for drones are being developed daily. In particular revolutionary approaches are emerging for freight and passenger transportation, with drones providing a cost-effective and environmentally responsible alternative to traditional methods, relieving the burden on our already stretched road traffic system. Further applications in the agricultural, maritime, construction and energy sectors, among others, are already transforming businesses, with all industries and business sectors set to benefit from the Standards-led adoption of drone technology.

The impact on UK Plc

Excitement surrounding the growth potential of the drone industry worldwide has been fermented through attempts to forecast its economic impact. For instance, PWC recently predicted that the UK aerial drone industry will contribute £42 billion and 628,000 jobs to the UK economy by 2030, while Goldman Sachs estimate that drones worldwide are evolving into a $100 billion market by 2020. But these predictions only address aerial drones, and it is therefore clear that the economic benefits offered by drone technology are vast, and set to grow further, particularly when Surface, Underwater, Air and Space applications are taken into account in their entirety.

Commenting on today’s announcement, Robert Garbett*, Convenor of the ISO Working Group responsible for global drone operational Standards, Chairman of the BSI Committee for UK Drone Standards and Founder of Drone Major Group, the world’s first global drone consultancy, said: “I am delighted that we have now reached the point where the first-ever Standards for the global drone industry are ready for public consultation after 3 years of hard work and international cooperation between ISO, BSI and Standard’s bodies across the world, with final adoption expected in 2019. These Standards will undoubtedly lead to a new confidence in safety, security, and compliance within this dynamic industry, resulting in a massive expansion in the availability and use of drone technology in the years to come.”

“Drones represent a global phenomenon and an unprecedented economic opportunity for any country which embraces the technology. It’s very encouraging that the UK Government is a world leader in recognizing the importance of this vital business sector. Informed by the first drone Standards, it is expected that the forthcoming UK Drone Bill*, due in early 2019 will create a regulatory framework that allows the industry to flourish in an environment that is both safe and responsible. My conversations with drone buyers, manufacturers, users, and the wider public indicate that these Standards are warmly and enthusiastically welcomed by all. I would encourage all those with an interest in drones to engage with the consultation process so that no stone has been left unturned in our quest for the creation and adoption of best-practice drone Standards.”